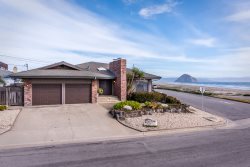 (070) Panoramic Rock
IMPORTANT NOTE: WHEN USING THE SEARCH CRITERIA: PLEASE CALL OUR OFFICE IF YOUR DATE RANGE IS FLEXIBLE. RIGHT NOW THE EXACT DATES ARE REQUIRED FOR SEARCHING AVAILABILITY. THERFORE
PROPERTIES THAT ARE AVAILABLE IN A STRETCH OF DATES WILL NOT BE DISPLAY IN THE RESULTS.

EASY TO BOOK
Pick your rental and dates
Esign Contract
$375 intial payment ($1000 for monthly rentals)
60 days before arrival the remaining balance is due
VACATION TIME!

Travelers come to Cayucos for many reasons. Some to get away, others to explore the wine country or visit Hearst Castle. Beachside Rentals has a home to make your experience in beautiful Cayucos that much better!

Maybe while you’re here, you will have an opportunity to see the bioluminescent waves, the migrating butterflies in Pismo Beach or the elephant seals birthing, molting or breeding in San Simeon.

Surf and beach activities for all to enjoy

Although James Cass, an Englishman born in 1824, did not arrive in Cayucos until the age of 43, the vision, adaptability, and judgment he pursued after his arrival made him the “Founding Father of Cayucos”.  It happened that, while looking for a place to relocate from Northern California, he hauled lumber from San Luis Obispo to San Simeon and stopped here in 1867.

Prior to coming here, he had sailed on ships, mined in the Gold Country, operated a store, raised hogs, and managed farms.

His discernment to envision Cayucos as a seaport and make it into a commercial success brought a dimension of importance and development to the town which, in turn, gave Cass status and earned eminence among early leaders who put their imprint on Cayucos.  Cass lived to the age of 92, which he reached in 1917.

Angus McPherson Hardie moved to the area of Cayucos in 1867 and acquired 380 acres to start a dairy ranch.  His wife, Agnes, accompanied him and eventually they had seven children.    A.M. Hardie was active in Republican Party politics and was elected San Luis Obispo County Assessor in 1879.  His legacy to Cayucos thrives today as Hardie Park, where residents and visitors picnic, play, and relax and enjoy the facilities.

The bell atop the main warehouse was rung as often as once every four days to signal the arrival of passenger and freight service by coastal steamships.  The day prior to the expected arrival of ships became known as Butter Day, when as many as 125 teams of horses were driven to the landing with cargo to be shipped.  Between eight and ten tons of butter were shipped each time along with other outgoing products.  About sixty percent of these shipments went to Los Angeles at this time, while the rest went to San Francisco.

The original structure in the Cayucos area was a two-story building at the corner of Cayucos Drive and Cypress Street:  The Old Cooper Adobe.  It derived its name from one of the last occupants, a Native American family named Cupis, who changed their name to Cooper.

The adobe housed the first merchandise store on the ground level.  It was operated by Levi and Company based in San Francisco.  The adobe also accommodated a number of varied and diverse occupancies over the years.  For example, it was used as a way station in the early days of Cayucos, served as an occasional dance hall on the second story, and provided for a laundry in the small building at the rear.

The Cass House was originally built in 1875, but a substantial addition was constructed in 1885.  Mrs. Mary McMurray Cass, the Captain’s second wife, was an avid gardener and tended the extensive shrubbery bordering the elegant home.  Her collection of rose bushes was renowned throughout the county.

Cayucos had two big days per week when steamships came to port.  The ships would deliver household items for retail in local merchant stores and load up on cheese and butter supplied by the local dairies.  Livestock also may have been shipped out of the Cayucos pier.

Since Cayucos was a growing community with an expanding student population by 1890, the town built its second school, on E Street in the middle of the second block east of Ocean Avenue.  The school had three rooms serving three instructional components into which it was divided:  grades 1 through 4, grades 5 through 8, and a library.

The Presyterian Church was a beautiful post and beam structure which was built in 1881 on property donated by A. Hardie.  He conceded the land to make it possible for the community to have its own Presbyterian Church.  It was located near the hilltop of Cayucos Drive on the site which is now the current school.

The Tognini and Ghezzi General Store was a Cayucos Ocean Avenue landmark for many decades.  The business supplied ‘general merchandise’, advertising food stocks, displaying everyday necessities in the windows and doorway, and even set up a sewing machine on the sidewalk.

The Old Creek Bridge was built over Old Creek in 1913.  In winters, the tame creek could mature into a raging torrent.  Due to the danger, the Whale Rock Reservoir was constructed in the 1950s.  The original community in this area also was named old Creek and was north of this bridge.

The existence of a bank in early Cayucos was vital to commercial development.  The first bank was moved from its original location to the east side of Ocean Avenue near Cayucos Drive and today is a jewelry store.  Its architectural quaintness may help to visualize the following scenario which reads like a melodrama.

The Great Cayucos Bank Robbery took place on August 30, 1892.  Its prelude involved a one armed constable, Peter Banks, who was in search of a horse thief by the name of Dunn.  The constable found Dunn in a Paso Robles lumber yard, where Dunn had just sold the stolen mare for $65, and arrested the outlaw.

Then the plot thickens.  Along the way back to San Luis Obispo, Dunn convinced Banks that he could put him onto something far bigger than capturing a horse thief.  He told of three men who planned bank robberies at Port Harford, Santa Margarita, and Cayucos.  Dunn had Banks repeat his revelation to Sheriff O’Neall, who agreed to free Dunn if the story proved true.

August 30th was “Butter Day” in Cayucos and more than $3,000 would be in the Cayucos Bank vault.  Sheriff O’Neall arranged for J.J. Simmler, cashier for the bank, to empty the vault of cash and gold and transfer these to James Cass’s safe at Cayucos Landing for safekeeping.

The bandits’ plan was to take Simmler by force from his home to the bank where he would be coerced to open the safe.  Simmler, fearful for his life declined to participate in the trap.  Instead, the Sheriff arranged for Bill Waterman to substitute.  Meanwhile, the citizens of Cayucos were warned to take cover because a shooting was conjectured that night.

The bank robbers arrived in town about midnight wearing gunny sack masks over their heads.  Constable Banks was waiting in the bank for them.  The robbers appeared on schedule with the constrained Bill Waterman, who pretended to open the safe.

At that moment, Banks and a deputy jumped out from behind a door and the shooting began.  One bandit was fatally wounded and died the next day, but two fled to the hills only to be captured some years later, one in San Diego and the other in Sacramento.  Both were tried and sentenced to ten years in prison.

A.M. Allen founded the Point Lobos Canning Company in 1898 together with G. Kodani, who brought the method of catching and drying abalone from Japan.  The actual canning of abalone in California began about 1905 in Cayucos, making it a vital share of the Cayucos economy in these early years of the century.

Native Indians on the central coast were first to harvest, dry, and enjoy eating abalone.  Chinese laborers also harvested, dried, and consumed abalone, which were/are a popular seafood in China.  Then the Japanese capitalized on the abundance and high quality of abalone in this area.

As mentioned in the leading paragraph, G. Kodani went into partnership in the first abalone cannery in California right here in Cayucos.  It was important to the Japanese to have the delectable seafood shipped to Japan in cans.  The idea of canning had a short run.  By the late 20s, the demand for canned abalone subsided because fresh and frozen abalone were abundant enough to satisfy the demand of the marketplace.  Ocean Rose Abalone farm here in Cayucos is the largest of about fifteen abalone farms on California’s coast.

The prelude to the origin of dairies in California was the rush for gold, coupled with a wave of immigration, which set off a demand for beef.  The culmination of these events resulted in thousands of cattle that were driven across the plains and herded north of Texas.  Such abundant stock produced a better class of cows for the dairies.

Strangely, for a variety of reasons, people in the cattle business had hard times here on the central coast.  They had trouble paying their taxes, the price of a live beef became meager, and a drought in 1864 contributed to very low land values.

Meanwhile, pasturage was being exhausted around the counties of the San Francisco Bay Area, which had been the dominant area of dairymen.  Falling land prices, sales and advertisements allured stock raisers and dairymen to Monterey, San Luis Obispo, and Santa Barbara Counties.  By the late 1890s, thousands of pounds of butter and cheese were being shipped from the wharf in Cayucos.

Jump to a Rental